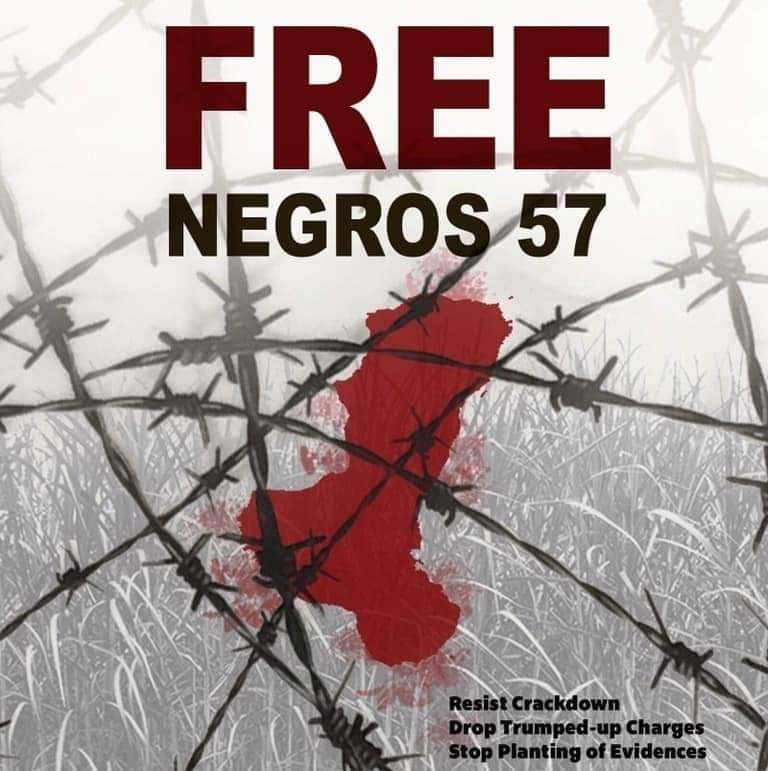 We express our solidarity with fellow land and people’s rights advocates in the Philippines in urging the government to immediately release and stop the persecution of 57 community leaders arrested by local police and military. We strongly condemn as a blatant violation of human rights the mass arrests of activists, including peasant leaders as well as several minors, carried out by Philippine state forces.

Last October 31, the military and police raided the offices of Filipino organizations that promote the rights of rural communities to land and resources. The simultaneous raids happened in the province of Negros Occidental (around 710 kilometers south of Manila), a longtime hotspot of agrarian disputes in the country.

Among those arrested were leaders and members of the Kilusang Magbubukid ng Pilipinas (Peasant Movement of the Philippines or KMP) and the National Federation of Sugar Workers (NFSW). These groups have been vigorously campaigning to dismantle landlord and corporate monopoly over vast tracts of agricultural lands in Negros. They demand land distribution in favor of landless farmers and farmworkers.

For their work, they were routinely vilified and tagged as members of the Communist Party of the Philippines (CPP) and its armed wing New People’s Army (NPA) to justify the violent attacks against them.

We note that the recent arrests came amid a reign of terror and impunity gripping the Philippines, especially Negros. There is an obvious campaign that systematically targets groups critical of government policies, including on rural development and agrarian reform. These include the use of court-issued search warrants along with the alleged planting of firearms and explosives as evidence to legitimize police and military operations.

Recovered for instance during the Negros mass arrests were several firearms and grenades, which the victims supposedly kept in their offices. The offices were also allegedly used to train armed insurgents. We find these claims absurd, to say the least, as these offices are too public to be used for such activities. It is also hard to ignore how the same modus operandi is present in all police and military operations in Negros and elsewhere in the country that led to the arrests and even killings of activists.

There is clearly a methodical scheme to attack legitimate farmers’ organizations and land rights defenders. The apparent reason is the counterinsurgency campaign of the Philippine government against armed revolutionaries that for five decades have supported the struggle of land-starved and impoverished rural communities.

We respectfully remind the Philippine government to spare unarmed civilians and to show due regard for their human rights. We join the calls to find a peaceful resolution to the armed conflict by addressing what fuels it in the Philippine countryside – the abject landlessness and poverty of rural peoples. Resorting to trumped up charges and mass arrests and extrajudicial killings will only further aggravate social unrest. From Asia to Latin America, we saw how state violence and repression failed to end civil wars and actually prolonged them.

We support the calls to immediately release and stop the harassment of the arrested activists who have long helped advance our campaign against land grabbing and land-related human rights violations in the Philippines and the region. They are vulnerable enough to violence without legal persecution making it even more daunting for them to work unencumbered by fear for their life. The government crackdown on them serves only to subdue the sectors they help mobilize against everyday injustices.

The above statement is endorsed by the following organizations: 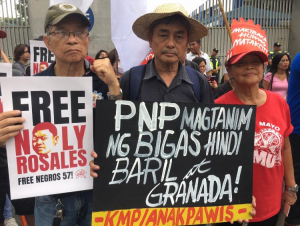 Stop the attacks in the Philippines!